Humane animal removal experts must face a number of challenges to get wildlife relocated alive. They must have the knowledge and skills needed to handle numerous species in any situation. The animal must also not be harmed in the process of capture as this will decrease its chances of survival when relocated. Animals that are found to be predisposed to an unhealthy state or already hurt are often sent to wildlife rehabilitators. Problems such as this are just a part of life, but it is the humane animal remover’s job to leave with the animal in the same health and condition as it was found. This can be difficult when animals, such as squirrels, decide to move into tiny dark spaces like under the house, in crawl spaces, or in the attic, and refuse to move out.

Squirrels like to be off of the ground. Most squirrels are born in a nest called a drey, which is a small cavity in a hollow tree. They have exceptional climbing abilities and can go almost anywhere vertically. They can even run across power lines and often climb up into bird feeders for an easy meal. Attics can also become victim to a squirrel infestation. Squirrels view a human made attic as a warm, dry, safe place to live and even raise some babies. That is nice for them, but usually results in damage from chewing and fecal matter to the unsuspecting home owner. 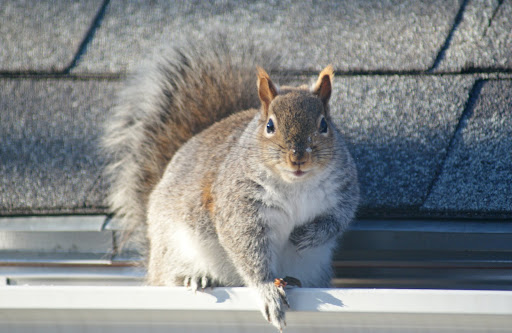 People often resort to taking care of the problem themselves instead of calling a humane animal removal service. One common method uneducated “do-it-yourselfers” use is rat poisoning. This rarely works as squirrels usually do not touch it. Those that do usually live and those that do not are just replaced by more squirrels that come through the entrances that the previous squirrel discovered. Setting traps inside an attic or outside rarely works and takes a long time to catch a decent amount of squirrels. By then the damage has already been done and the squirrels have to be dealt with by the trapper. Squirrels are smarter than mice and other common pests and require expertise to be removed successfully.

Humane animal removers have their own approach to removing squirrels. They often inspect and find where the squirrels are entering the house. These holes must be sealed shut, all except for the one that the squirrel uses as a main entrance. A special trap called a one-way or a repeater trap is set on the other side of the hole. Once the squirrel is captured it can then be safely transported to its new home and released. The home owner will then need to clean up the area where the squirrel was staying to decrease health risks to the people living in the house.